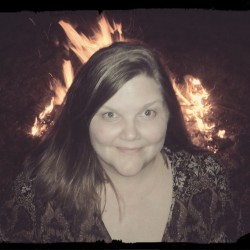 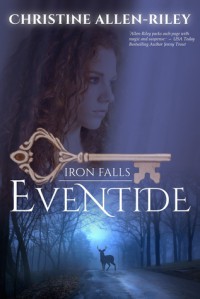 Devon Greer’s world is shattered when a tragic car accident takes her best friend, Rachael. Miserable with grief, Devon attempts to adjust to this new, hostile reality, in which the kids at school (and most of Rachael’s family) blame Devon for Rachael’s death, since Devon was driving the car that fateful night. Not long after the accident, Devon has reason to question her own sanity when she sees Rachael running through the woods next to the road near the accident site. Upon investigating, Devon finds there are more creatures living in the woods than just wildlife, and she begins to believe there’s a chance to rescue Rachael from them and bring her back. Will Devon and Jonah – Rachael’s cousin who has discovered the secret in the woods as well, and who is developing tender feelings for Devon – be able to rescue Rachael before it’s too late?

Allen-Riley has taken the wild and beautiful forests and waters of Michigan’s upper peninsula, and planted them in the pages of her book, adding her own magic to the mix, including a society of dangerous fae who will do anything to gain the power they desperately need. The characters are intricately wrought and easy to care about from beginning to end. This suspenseful, imaginative story kept me turning pages waaaayy past my bedtime! It’s wonderful.